Tarot and the Use of Art & Symbol

Tarot cards are one of the most popular forms of divination today. Millions of people around the world use some form of tarot to seek answers to their most pressing questions and confront their greatest anxieties. For some, the power of the tarot comes from a connection with the divine. But I think there is a much simpler explanation for its popularity and power. It’s art, which connects to people’s lives and gives them meaning.

Tarot brings together art and the yearnings of the human soul in a ritual of appreciation. Wherever these cards are laid down, human beings like you and me are gathering to talk about life and its eternal lessons through viewing and discussing art.

An (All Too) Brief History of the Modern Tarot

Tarot cards were initially printed for the 15th-century Italian game Tarocchi and others like it across Europe. Aristocrats would often commission printings of these cards with elaborate designs. The ability to randomize such potent symbols through shuffling the deck attracted the attention of diviners, fortune tellers, and charlatans across Europe.

Our modern idea of the tarot deck comes mainly from the Smith-Waite (formerly called the Rider-Waite for reasons we will see soon enough). When Pamela Coleman Smith and Arthur Edward Waite began designing a tarot deck for divination, they set about crafting all 78 cards to express fundamental aspects of the human experience. They gathered imagery from many forms of Christian mysticism, Jewish esotericism, and Western occultism. Their work sought to produce a universal set of symbols that could speak to every matter in human life — a fairly ambitious goal.

The Rider-Waite deck was published in 1909 (Rider was the name of the publisher, and it is only recently that Smith’s name is used for the tarot deck she helped design and paint). The resulting deck set the foundation for what most of us think of when we hear the word “tarot”. Ever since generations of artists have been inspired to create their own deck designs...

The Architecture of a Tarot Deck

The deck is split into two sets of cards. The Major Arcana (or major secrets) are 22 cards depicting the Fool’s Journey — an archetypal collection of lessons and experiences that transforms the Fool from a naive and eager youth into a fully self-actualized human. These include scenes and personalities that make up critical points on our spiritual quest. This cycle is supported by the Minor Arcana (or minor secrets), 56 cards made up of four suits. Each suit represents a different element of the human soul: swords for the mind, wands for the passions, cups for the emotions, and pentacles for the material world.

Knowing these features of the deck and the symbol systems that they employ, a tarot reader has a broad set of secondary information to borrow from. This additional context nourishes the meaning of the cards, just as a lesson in art history adds context to a Rothko painting or a Judy Chicago dinner plate. And again, like all art, this context can be picked up and set down at will, whatever creates a more vivid personal interaction with the reading.

This strength of the tarot rests not only in the artistic prowess of the designers and illustrators but also in the productivity of the system itself. The sheer mathematical ability for the tarot to generate meaning quickly surpasses understandable numbers. There are 78 cards in a deck. If you have a simple three-card spread (the left card representing the past, the middle card the present, the right card the future), there are 456,456 possible messages. These cards can also appear reversed, bringing the possible combinations in a three-card spread to 3,652,110. The possible combinations of the Celtic Cross, a popular ten-card spread, are beyond the trillions.

The Art of Seeing

A typical tarot session involves a querent who has a question and a reader who has studied the cards and learned the art of interpretation. The querent speaks their question, and great thought is put into this as the cards are shuffled. The reader then places the cards in a spread, or layout, with each position linked to a different part of the question.

Then the interpretation begins. Both the reader and querent examine the cards, fitting together the images to tell a story. Every detail and compositional relationship can be used, every color choice, every similarity to another card, every memory sparked, every unintentional joke. The conversation that follows is similar to those great conversations had on a trip to the art museum: talking about life, desire, the effect and meaning of artwork, the connection between the images on display and the battles waged in everyday life — all spoken with the utmost respect for the subject matter while never taking anything too seriously. In a sense, tarot is the most popular form of art appreciation in the world today.

Critics will often say that the meanings of cards are so general that there is enough interpretive room to apply in any situation. But these critics point to a feature and call it a bug. Great art can speak to people from many walks of life, with a wide array of experiences that they bring with them — and that art will reach out and speak to you. The diversity of interpretations is the reason it works so well and can provide so much for so many people.

Tarot is a process of people putting together pieces of art in novel ways and letting these randomly generated meta works speak to people’s lives. Tarot decks are unique works — part art, part choose-your-own-adventure. The symbol systems used are so vibrant and inviting that people can see their lives in new, surprising ways through the frame of the tarot cards’ narrative. And like a lot of symbolic art, seeing yourself in its patterns raises your own experience to new heights. Going back to school is attributed to the budding magician choosing her path of magic instruction; pursuing a new love interest is pictured as the eternal lover crossing the desert for his other half; quitting a job is raised to the knight leaving the castle of a corrupt king. That symbolic heightening ennobles us in our journey, honors our struggles, and connects our paths to all the humans who have come before us and who will come long after we are gone.

This brief consideration of the tarot produces an immediate connection: the popularity of the tarot has something to do with our need to discuss our lives through art.

Public art discourse is in collapse. The highest levels have retreated fully into the quarantine zones of galleries and the academy. Popular levels have disappeared almost entirely, save for some video essayists holding down film analysis on YouTube. Tarot is one of the only popular activities centered around taking seriously the idea that art lends life meaning.

Large groups of people pursue the practice every day. While many prejudices are remaining against the tarot, decks are purchased by the millions every year. Humans need art, and they want to participate in that interpretive process directly. Tarot gives them permission to do just that while creating a framework to endlessly generate new art to consider.

Tarot reminds us that as we shuffle on through life, that we have the tools to know ourselves and find purpose — because, despite the challenges we face, we have art to guide us. 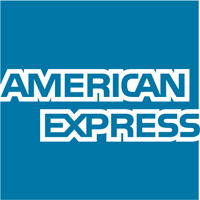